I am currently working on a couple of posts describing my birth story and illness which was triggered by my pregnancy and caused the delivery of my daughter at 27 weeks. These are tough for me to put into words and are  unfortunately not the happiest stories to tell so I thought it might be fun and a bit easier to first post a couple of the positive stories around my pregnancy as it truly was a great experience right up until its abrupt end!

For as long as I can remember I have desperately wanted to be a mother and have a bunch of my own children. My husband and I had been married for just over 3 years prior to my pregnancy which was a LONG wait for me but we both had very good jobs and wanted to hit some specific money savings targets before I was to go on a maternity leave and quite possibly not be going back to work at all (at least until all the kids were in school full time). We both had stay at home moms growing up and that was a really awesome experience for us so it was important to us to have the same for our children if possible.

So after 3 years of saving money, impatiently waiting and killing time (on my part) by watching countless videos on youtube of other women’s TTC (trying to conceive) journeys, pregnancy reveals, weekly pregnancy updates, gender reveals and birth stories it was finally my turn, we were officially trying! So when I found out I was pregnant on the evening of December 23rd, 2013, I was absolutely giddy with excitement and joy. That was without question one of the happiest days of my life!

The first day of my cycle that month was December 1st and by December 23rd I had a few symptoms that could have been due to pregnancy (sore breasts, light cramping and mild nausea) but I was still several days away from my expected period. My cycles are generally 27 to 31 days with ovulation usually occurring anywhere from day 10 to 14. So these symptoms could have also been due to the almost imminent arrival of Aunt Flo.

This was the first month my husband and I had been “TTC” so even though I didn’t want to get my hopes to high that this was really happening already I sure had my fingers crossed. I had some cheapie ovulation and pregnancy tests I had purchased online and my husband was at a hockey game with his brother that evening so being home alone with nothing better to do I decided I was going to take an ovulation test just for fun. I had read somewhere that sometimes an ovulation test will pick up the pregnancy hormone and show up positive even though you are obviously not ovulating. I had a ton of the ovulation test strips and only a handful of the pregnancy test strips so I wasn’t to worried about wasting an ovulation test. I had absolutely no real expectations for this test. I mean I was only on day 23 (and if memory serves me I was only about 12 DPO or days past ovulation), I was using evening (not first morning) urine and I was using an ovulation test not an actual pregnancy test. So anyway I peed in a disposable cup and dipped the strip, turned the test upside down so I couldn’t easily sneak a peek, set a timer and walked away for 5 minutes.

Well to my complete shock when I came back to look at the ovulation test it was without a doubt absolutely positive. The test line was just as dark if not darker than the control line. I had only ever seen that on my ovulation tests when I was actually ovulating. This got my mind churning. I wasn’t sure whether or not I really believed that an ovulation test could show positive for pregnancy as well. I had kept the leftover urine in the cup (just in case) so I decided to dip another ovulation test and now also one of the pregnancy test strips. I again flipped them over to keep from peeking, set the timer and this time paced anxiously for 3-5 minutes.

When I came back I checked the ovulation test first and again it was definitely positive (test and control line were the same) so I rationalized that the first one was probably not just a bad test. I then checked the pregnancy test and OMG there was a faint but definite test line next to the control line and anyone who knows their way around a pregnancy test knows that this beautiful little test line just has to be visible to mean it is a positive test! I of course screamed, cried, laughed, giggled, bounced off walls, jumped around the room and danced with the dog who was looking at me like I was crazy by this point. What an amazing feeling!!!

After awhile of letting it all sink in the skeptic in me surfaced and said “ok Katie, we need to confirm this with first morning urine and a more expensive non-sketchy internet purchased test”. So I quickly ran to the pharmacy and purchased a First Response pregnancy test so I could take it the next morning before work which would be Christmas Eve day. I didn’t want to tell my husband until I was absolutely sure and it was so close to Christmas I thought it would be fun to wrap something up under the tree for him to open Christmas morning to tell him the news.

I took the First Response test the next morning (December 24th) and to my complete thrill I got 2 pink lines! The test line was even almost as dark as the control line. On my way home from work that afternoon I decided to stop at the pharmacy again but this time to pick up a clear blue digital pregnancy test which says “Pregnant” on it when it is positive (I wanted it to be super easy to understand when my husband looked at it). I also picked up a little newborn sized onsie that was red and said “Made in Canada” on the front. My plan was to fold the onsie around the test, which I would take early the next day on Christmas morning, and then wrap them up and put them under the tree for my husband to open along with his other Christmas presents.

Christmas morning arrived and I nervously waited as we slowly got through opening the presents under the tree. I was trying to save the “special announcement” present for last since it would be hard to focus on anything else once that one had been opened up! I thought I was going to go crazy as my husband finally slowly opened it up and started to look at what was in the package. I knew he had figured it out once a smile started to cross his face. He kept excitedly saying “holy cow, already?! That was fast!”. He gave me a big hug and a kiss and we enjoyed the rest of what was one of the most memorable and wonderful Christmas holidays we have ever had!

Stay tuned for more happy posts on how we made the announcement to our families and how my pregnancy went up until I became ill. I will also get the birth and illness stories completed and up as soon as I can. 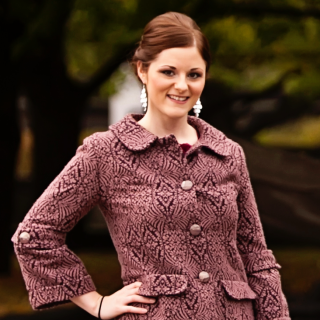 Beauty, Being and Beyond

My name is Katie and I am a busy stay at home mom and the author of a lifestyle blog called Beauty, Being and Beyond. I love to talk about a variety of topics such as beauty, parenting, crafting, cooking, fitness, healthy eating, weight loss, saving money and living on a budget. If I am living it, loving it or thinking about it there is a good chance it will end up on my blog!